Digital Transformation 2.0 and its impact on the Emerging Technologies Market 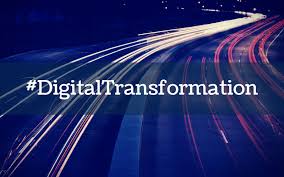 The wave of the future #freelancing trend predicts an increasing number of people earning money from side projects ranging from driving (eg. Uber, Lyft) to data science and everything in-between (eg. Fiverr, TaskRabbit).

According to the fourth annual study of the U.S. independent workforce commissioned by Upwork and Freelancers Union, within 10 years, the majority of U.S. workers will freelance—with Millennial workers leading the way.

An estimated 57.3 million Americans are freelancing and have collectively contributed approximately $1.4 trillion in freelance earnings to the U.S. economy last year.

All this poses a big question for big companies in US, In Canada and across the world.

Most people start freelancing by choice (63 percent), drawn by the freedom, flexibility, and extra money that can come all the while being your own boss.

It has often been referred to as the ‘gig economy’ but here’s why that is not an appropriate name for it: Few of those surveyed (10 percent) see the way they work in terms of gigs, with a majority (49 percent) describing the workforce they’re part of as the “freelance economy.”

The study also found freelancers don’t pursue their independence blindly. Income predictability, finding work, and benefits top their list of concerns. As a result, many take a proactive approach to protecting themselves and their business.

More than half of freelancers (55 percent) participated in skill-related education in the last six months (compared to 30 percent of non-freelancers). At Markitech, one of our visions is to create constant retaining courses customized to client needs.

Sixty-three percent of freelancers think a diversified portfolio of clients is more secure than having one employer. The average freelancer works with 4.5 clients each month.

Technology has fueled the evolution of work, and it’s helping to power the freelance economy. Seventy-one percent of freelancers say the amount of work they obtain online has increased over the past year. The vast majority (77%) of freelancers who find work online are able to find projects in less than one week.